Drainage works come in all shapes and sizes.

Generally, projects come up in a local area and they can develop into something much bigger than first thought. This is because once the works commence other things are uncovered or discovered which can complicate matters.

In this case DALROD Luton initially received a request from the council in relation to Lewsey swimming pool which was losing a substantial amount of water (around 8 cubic meters) every few days. They wanted to get to the bottom of why this was happening and needed an experienced drainage team to be involved to advise them.

The first major task was to make sure the pool was fully drained. The DALROD Luton team then set about investigating the inlet pipes for the swimming pool. It was clear that these had previously been worked on but had subsequently deteriorated due to water pressures and the chlorine element in the water.

The next thing to check was the underground return pipe, and the best way to do this was with the CCTV camera. When the camera was placed inside the pipe the team were unable to get through as far as they would have liked due to the sheer volume of scale build up. There was also a huge amount of hair and multiple other items within the pipe such as clips from items such as goggles. These had all become trapped over time. This was all contributing to the loss of water.

The DALROD team knew that technology was going to help them with this case. They took advantage of their specialist milling technology plus a lot of hard work and perseverance to get the pipe spotless and re-generated to an almost new condition.

A new liner needed to be applied to the pipe during this process. A flexible liner was expertly installed which creates a ‘pipe in a pipe’ effect. This is crucial ‘no dig’ technology which allows complex repairs to be conducted without excavating a whole site and disrupting operations for much longer.

This was not the end of the story however, other work was still required to solve the issue. The team opened up several connections to allow the other two sumps on the site to be operational. This was done to allow them to perform more efficiently. Finally, several structural patches were installed. Due to the levels of chlorine in the water a special patch had to be applied to ensure it would last longer.

With all of this work done, the team needed to make sure they had solved all of the issues! Several tests were conducted to ensure the work had been successful. The pipe was re-surveyed, and it was proven to be air tight.

After all the tests were completed, the pool was back to full functionality and not losing any water. Success!

It was estimated that by completing the project in this way the DALROD Luton team managed to save the council around £250k. This could have very easily resulted in an expensive dig up of the underground pump return system, however using the technology and experience available to them the team managed to avoid this happening and made the customer very happy in the process.

“We were delighted to be able to solve the problem for this client,” said Allan Zealey of DALROD Luton. “This site gave us the perfect opportunity to use the no-dig technology for maximum effect. It is great to be able to complete projects like this without the need for full excavations.” You can rely on DALROD Luton for any repair work that needs doing to your drains at your commercial site! 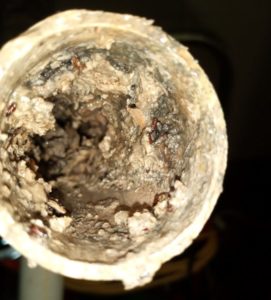 Drainage issues can sometimes be a bit of a mystery to our customers. There is always a logical reason for why and how they happen, 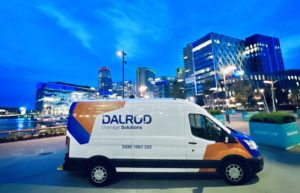 When your drains get blocked or damaged it can be a stressful time. Whether in your home or at your place of business it is 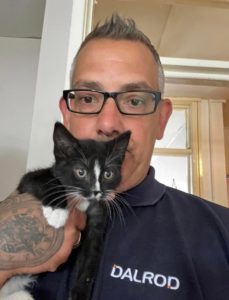 We are a nation of pet lovers! There is nothing more exciting than bringing home a small bundle of fluff. As we all know as

Read More »
Back to top